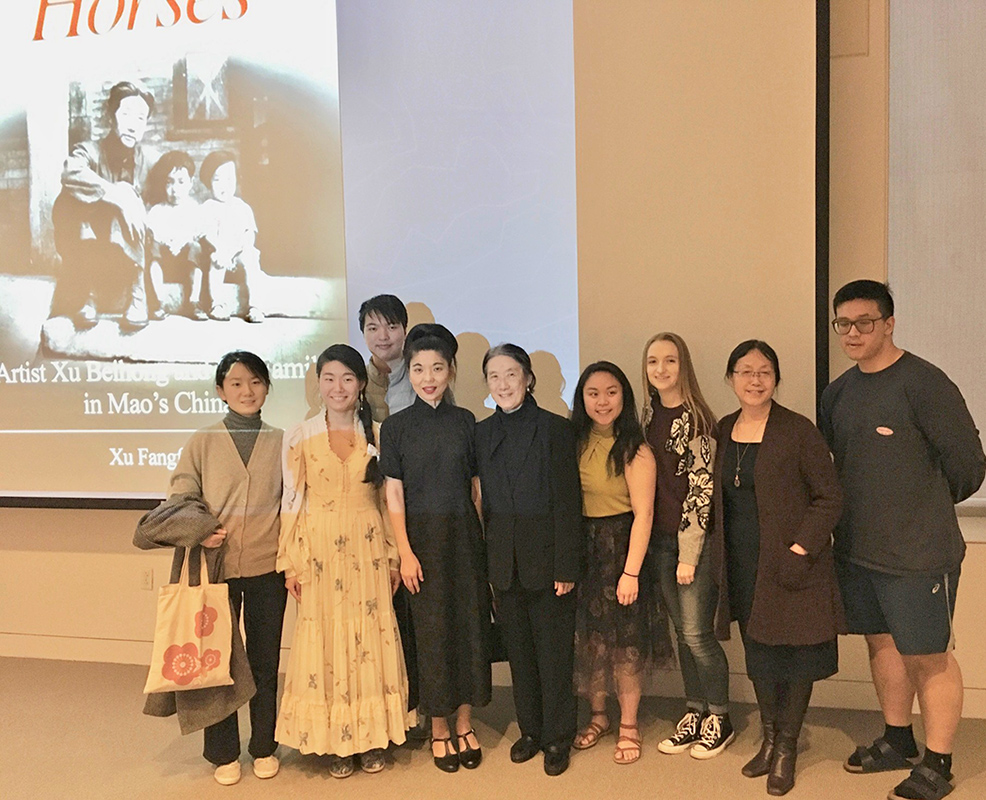 In an author's talk co-sponsored by the Museum of Fine Arts, Houston and Department of Art History last week, Xu Fangfang, writer of "Galloping Horses: Artist Xu Beihong and His Family in Mao's China" and daughter of Xu Beihong, spoke of her father's legacy to Rice students and the Houston community. Xu Beihong (1895–1953) is lauded as one of the fathers of Chinese modern painting. Famous for his spirited ink-brush paintings of galloping horses, Xu integrated Chinese and Western painting and mentored generations of Chinese artists.

Xu Fangfang described how Xu Beihong’s family and his artistic heritage survived the turbulence of Chairman Mao’s ever-changing policies, which dictated the direction of art and music in China from 1949 through the Cultural Revolution of 1966 to 1976.  Following the talk, Xu signed copies of her book.

Born and raised in Beijing, Xu Fangfang graduated from Beijing’s Preparatory Music High School. She moved to the United States in 1981 and earned a BA from the University of California, Berkeley, and an MBA from Stanford University. She is the founding director of the music department at Renmin University of China, and she helped organize the first solo U.S. exhibition of Xu Beihong’s work, at the Denver Art Museum in 2011.

Special thanks to Associate Professor Susan Huang and Art History Ph.D. candidate, Beatrice Chan, for their work in bringing Xu Fangfang to Houston and organizing the talk.