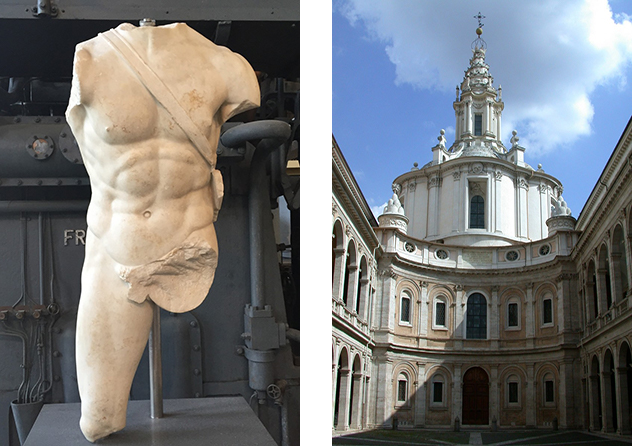 HART in the World: Rome

"Rome is an open air museum." The statement is often made in jest, at all the tourists. In fact, Rome has won its reputation because you can hardly turn a corner, pass a building or look out a window without setting eyes on a work of art or architecture that fundamentally shaped the history of art. The very stones of some roads that you walk were laid under emporers, who ruled millennia in the past, and they've born the footsteps of everyone from Julius Caesar to Michelangelo to Pier Luigi Nervi.

This course, beginning at the dawn of Rome and ending with the present day, traced the roots of the city in deep archaeological trenches of the Roman Forum, through palimpsests of wall painting and architecture, into the Medieval period, the Renaissance, 20th century urban rationalism and contemporary attempts to reclaim the Eternal City. The course included day trips to Florence, the port of Ostia, and Orvieto and guest lectures by specialists.