Professor Susan Huang will give a keynote speech at Brown University 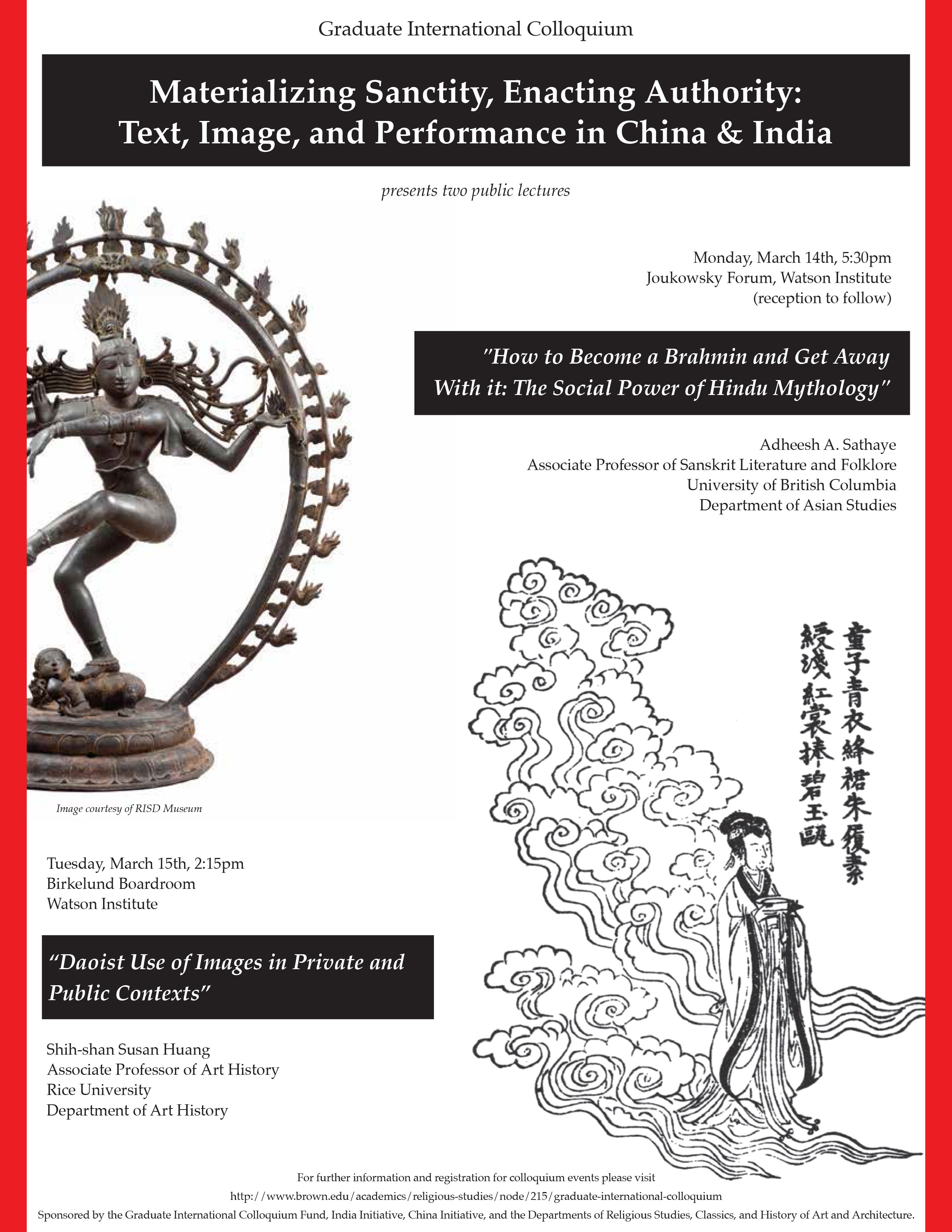 Professor Huang will give a keynote speech entitled "Daoist Use of Images in Private and Public Contexts" at the Religious Studies Graduate International Colloquium "Materializing Sanctity, Enacting Authority: Text, Image, and Performance in China & India" at Brown University on March 15.

This talk will elaborate the key concept of Daoist visual culture: the polarization of private/inner (nei) and public/outer (wai) images and the interconnectivity and tension between the two.  The pictures associated with the private use or the inner system refer to the mental images generated in visualization as well as the artifacts made to correspond to such internal experiences.  The images associated with the public function or the outer system cover the mutimedia materiality tied to the physical rituals and encompass liturgical paintings, ritual space, ritual artifacts, and the mobile spectacle of ritual performance.  From a theoretical perspective, this talk will also propose three modes of images central to Daoist symbolism: aniconic, immaterial/invisible, and ephemeral.