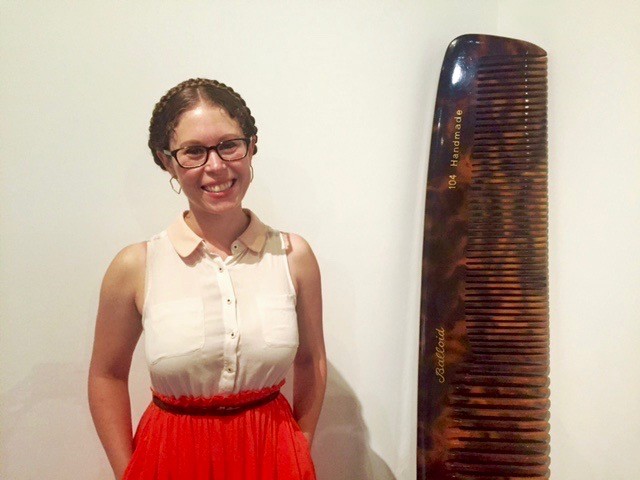 PhD candidate Katia Zavistovski says she is "thrilled to have been hired as the Assistant Curator of Modern Art at the Los Angeles County Museum of Art (LACMA)." Indicative of the wide range of exhibitions the Modern Art department organizes, Zavistovski is currently working on three upcoming shows, all scheduled to open in 2017: Los Angeles to New York: Dwan Gallery, 1959-1971, which presents the storied history of one of the most important—and under-examined—galleries in the postwar period in the US; Frank Stella, an installation of the artist’s seminal and large-scale paintings from LACMA’s permanent collection; and Chagall: Fantasies for the Stage, which highlights the principal role that music and dance played in Chagall’s artistic production.

LACMA has one of the most notable collections of modern art on the West Coast, with especially strong holdings in German Expressionism and the art of Southern California, particularly from the 1950s to the 1970s. The museum’s collection contains several examples of work by the three artists Zavistovski focuses on in her dissertation, titled “Picturing Common Objects: Vija Celmins, Llyn Foulkes, and Joe Goode in 1960s LA.” While pursuing her doctoral degree, Zavistovski curated and co-curated a number of exhibitions in Houston, and she previously held curatorial fellowship positions at the Museum of Fine Arts, Houston; The Menil Collection; and the Massachusetts Museum of Contemporary Art. Prior to matriculating at Rice, she earned a master’s degree from Williams College and a bachelor’s degree from Washington University in St. Louis, both in art history.