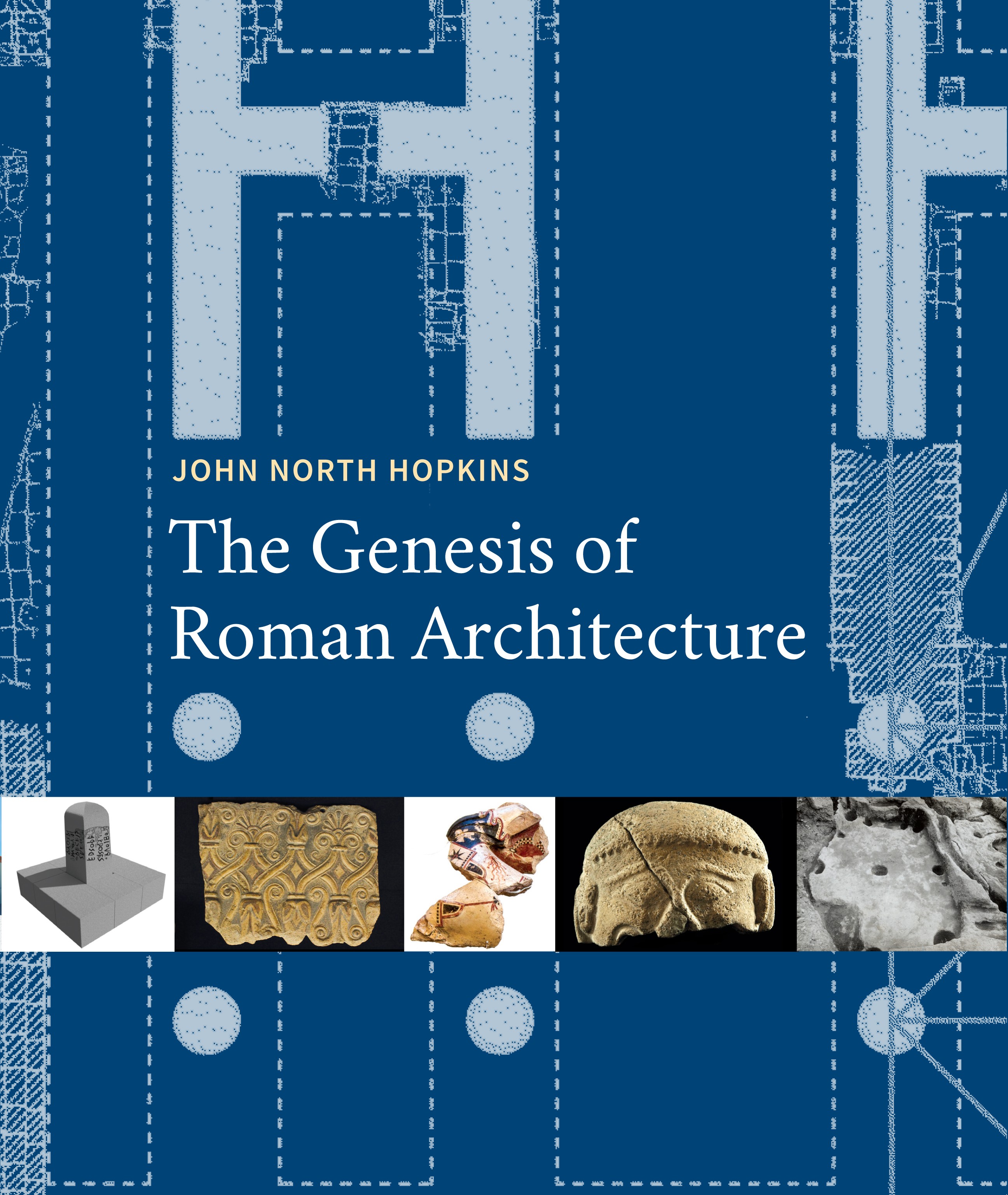 From the Yale Univesity Press website: "This groundbreaking study traces the development of Roman architecture and its sculpture from the earliest days to the middle of the 5th century BCE. Existing narratives cast the Greeks as the progenitors of classical art and architecture or rely on historical sources dating centuries after the fact to establish the Roman context. Author John North Hopkins, however, allows the material and visual record to play the primary role in telling the story of Rome’s origins, synthesizing important new evidence from recent excavations. Hopkins’s detailed account of urban growth and artistic, political, and social exchange establishes strong parallels with communities across the Mediterranean. From the late 7th century, Romans looked to increasingly distant lands for shifts in artistic production. By the end of the archaic period they were building temples that would outstrip the monumentality of even those on the Greek mainland. The book’s extensive illustrations feature new reconstructions, allowing readers a rare visual exploration of this fragmentary evidence."