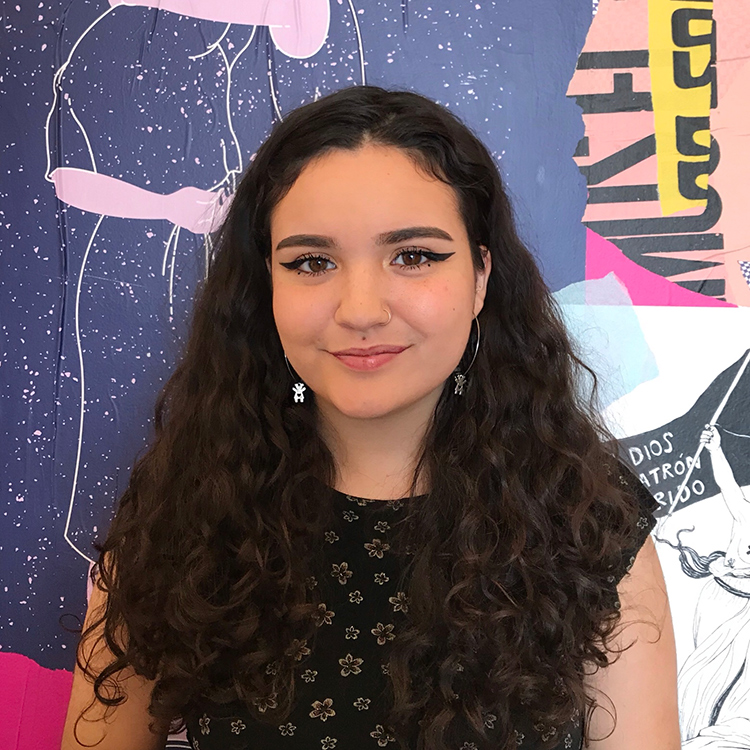 Although art history began as a ‘fun elective’ for Areli Navarro Magallón, her passion for studying visual and material objects grew rapidly under the guidance of her professors and the many research opportunities she had the privilege of embarking on at Rice. Her additional minor in Museums and Cultural Heritage, as well as her English major, complemented these interests, resulting in an undergraduate experience which Areli tailored to her particular fascination for public art, Latin American post-modernity, popular political participation, and the socio-political contexts that underwrite curatorial narratives.

Areli has worked closely with the Menil Collection, where she was a member of the Collections Analysis Collaborative and carried out object-based provenance research on the institution’s Arts of the Ancient World collection. During her last semester at Rice, Areli worked as an assistant researcher for the Menil Drawing Institute, preparing material for an upcoming exhibit on Pop Art.

Areli has also collaborated with Arte Público Press in the ongoing recovery of U.S. Hispanic Heritage. During this time, she developed an online exhibit dedicated to critical re-analysis of the artist, poet, and activist Angela de Hoyos. This project situated de Hoyos’ legacy within Chicanx activists’ production of widely disseminated prints.

Her most valuable experiences as an Art History student not only transcended the classroom setting, but also immersed Areli in varying cultural contexts. As a member of Rice’s chapter of the Mellon Mays Undergraduate Fellowship Program, Areli received funding to conduct independent field research in Mexico, Chile, and Argentina. These experiences included interviewing art collectives and documenting ephemeral mediums of public art, ultimately culminating in her Honors Thesis, titled Fake Flowers Can’t Bloom: Tracing the Political Impotence of Street Art in Valparaíso, Chile. With the mentorship of Dr. López-Durán and Dr. Hughes, Areli took the UNESCO World Heritage Site, Valparaíso, as a case study through which to assess the evolution of street art from a democratic medium of resistance to a weaponized apparatus of the city’s neoliberal agenda.