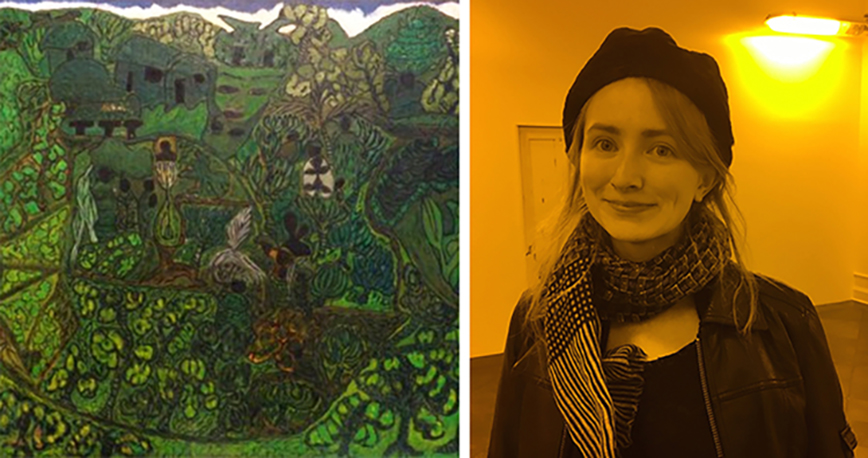 PhD Candidate Adrienne Rooney will lead the Paul Mellon Centre for Studies in British Art Fellows Lunch Series on Tuesday, May 19, 2020 with her lecture “Starting from that earth”: Humanized Landscape, Rastafarian Painting and Anticolonial Visions in 1970s Kingston.

In early 1970, students and a small group of faculty supporters pointedly attacked the recently founded Creative Arts Center (CAC) at the University of the West Indies, Mona (UWI Mona). Those demonstrating against the CAC leadership demanded attention to questions roughly summarized as: whose cultural values should be advanced, and how can we reform the arts to spring from a non-elite?

Such is the discursive environment grounding Rooney's presentation which, informed by a circle of anticolonial thinkers grappling with the persistence of colonial-era racialized class and cultural norms after Independence, studies British colonial depictions of Jamaica and its inhabitants alongside paintings and sculptures by Jamaican “self-taught” artists including Everald Brown and Ras Dizzy.

Additional information can be found here.