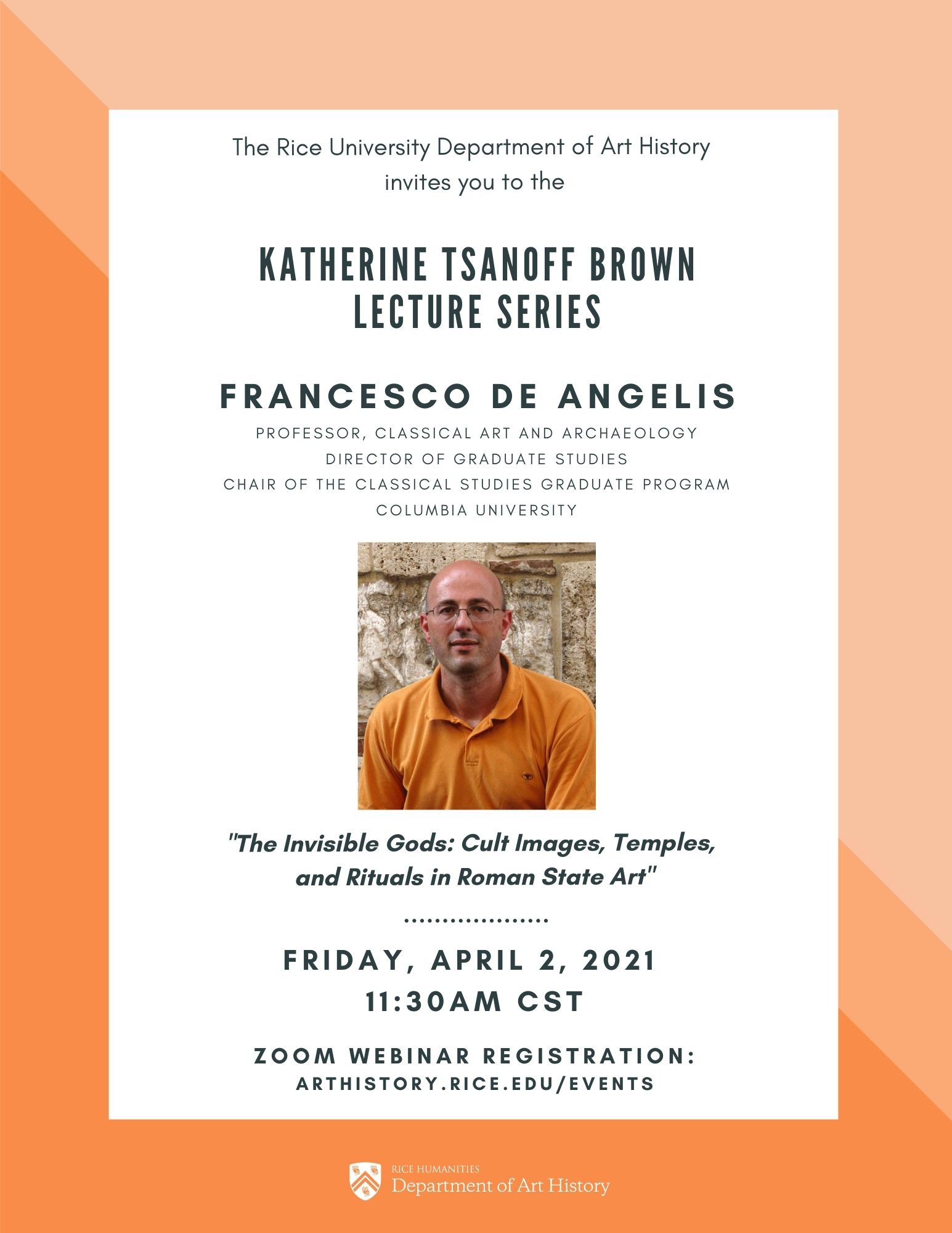 The Department of Art History invites you to virtually attend the second Katherine Tsanoff Brown Lecture Series of the semester with Dr. Francesco de Angelis, Professor of Classical Art and Archaeology at Columbia University.

This webinar is free and open to the Rice community and public. Zoom registration is required.

Cult images were a crucial focus of attention during sacrificial rituals in Roman antiquity. During the first two centuries of the Imperial period, however, state reliefs featuring scenes of sacrifice consistently omit the representation of such images. The talk will examine this peculiar phenomenon and will argue that it is best explained by linking it to the figure of the main protagonist of the scenes, i.e. the emperor himself, with his unique status within Roman society and his role as a mediator between the divine and human spheres. At the same time, the downplaying of the statues of gods and goddesses on the reliefs leads to an intensified focus on the architecture of the temples and helps us better to understand the connotations that sacred buildings and their decoration obtain on official monuments.
-----
Francesco de Angelis is Professor of Classical Art and Archaeology at Columbia University. He works on Roman, Etruscan, and Greek art and architecture, with a particular focus on the interaction between viewers, spaces, and social practices; cultural memory; bodies and embodiment in ancient art; and the visual tradition of mythology as expression of intercultural relationships, both synchronically and diachronically. He is the recipient of numerous fellowships and awards. Since 2014, he has been leading, with historian Marco Maiuro, the Columbia-Sapienza excavations at Hadrian’s Villa in Tivoli.