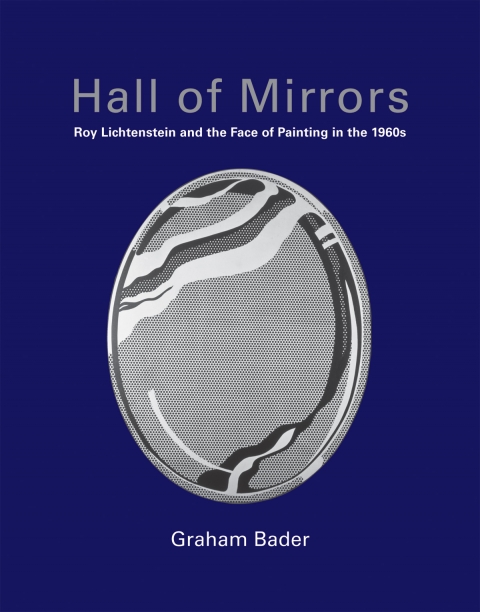 In Hall of Mirrors, Graham Bader traces the development of Roy Lichtenstein’s art into, through, and beyond his classic pop oeuvre of the 1960s. Bader charts the trajectory of Lichtenstein’s practice from his student days in the late 1940s to his mirror paintings of the 1970s, offering new readings of such canonical paintings as Look Mickey and Girl with Ball as well as examinations of lesser-known works across a range of media. Bader’s analysis goes beyond the standard critical view of pop as a reaction to the high-culture pieties of abstract expressionism. Instead, Bader sees Lichtenstein’s work as motivated by the forces of “unoriginal originality”--Lichtenstein’s discovery that he could make art by “borrowing” from other images--and “disembodied bodies”--his use of flattened and schematic forms to reinvigorate figurative painting. Bader argues that 1961’s Look Mickey, Lichtenstein’s inaugural pop work, established a template for the tension between embodiment and disembodiment that animates much of his 1960s practice: between an evacuation of sensory experience, on the one hand, and a repeated focus on emphatic bodily acts (squeezing, kissing, crying, etc.) on the other. A similar dialectical friction exists between Lichtenstein’s process and product: consistently hand-painted canvases that increasingly feign the look of industrial production. Hall of Mirrors moves chronologically, beginning with Lichtenstein’s studies at Ohio State University and late-‘50s moves toward pop, through his seminal canvases of the early 1960s, to his late-‘60s experiments across sculpture, painting, installation, and film. The book ends with an examination of Lichtenstein’s Mirror paintings of 1969–72. These little-discussed works, Bader argues, exemplify Lichtenstein’s late-‘60s shift of focus to the embodied experience of his own viewers--and thus culminate and conclude his practice of the decade.