< BACK TO PROGRAM ALUMNI 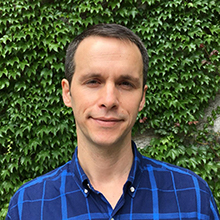 Ümit Fırat Açıkgöz is a visiting assistant professor at the Department of Architecture and Design of the American University of Beirut, Lebanon. He worked with his advisor Shirine Hamadeh for his dissertation titled “Global Locality, National Modernity: Negotiating Urban Transformation in Early Republican Istanbul (1923-1949),” which he defended in May 2018. Açıkgöz’s research focuses on urban modernization and historic preservation in the Middle East and the Balkans at the intersection of cross-cultural interactions, colonialism, and nationalism. He is particularly interested in the late Ottoman Empire, Turkey, and Syria and Lebanon during the French Mandate.