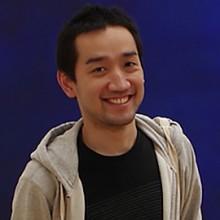 Yuri Yoshida majored in mathematics in his undergraduate study at Tokyo Institute of Technology in Japan. He began to study art history in graduate school, during which time he also worked for art museums, such as the Kawasaki City Museum, the National Museum of Modern Art, Tokyo, and the Mori Art Museum. At the Mori, he worked for mainly two exhibition projects, “Metabolism, the City of the Future” (2011) and "Arab Express: The Latest Art from the Arab World" (2012). His research focuses on post-war American art, especially Barnett Newman, recontextualizing his work within a broader consideration of the sociopolitical/cultural meaning in the 1960s. Yuri has published an essay in the scholarly journal Bijutsushi in 2012, “The Depth of the Canvas:The Transformation of Spatial Awareness in Barnett Newman’s Paintings,” which discusses the changes in spatial expression over the artist’s life. He earned Master's degrees both at Tokyo Institute of Technology in 2011 and Hunter College in New York in 2014. Before coming to Rice, he spent a year serving as Scholar-in-Residence at the Barnett Newman Foundation in New York.

“Barnett Newman’s Bird’s-Eye View of His Contemporaries: An Analysis of Some November 1959 Drafts,” Bijutsushi: The Journal of the Japan Art History Society (October 2020) (in Japanese).

“Barnett Newman’s Perception of Artistic Genealogy and Production as Seen in His Criticism of Ad Reinhardt’s “Black” Paintings,” NACT Review: Bulletin of the National Art Center, Tokyo, no. 5, 2019, pp. 51–68. (in Japanese).