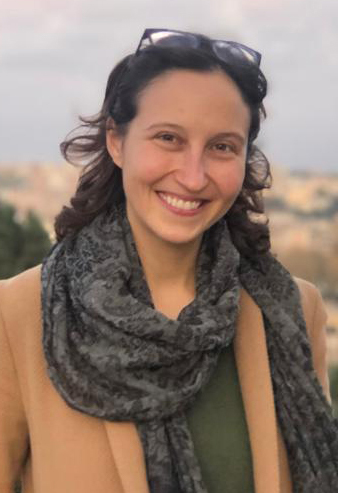 Classical Archaeology; Art and Architecture of Roman and Pre-Roman Italy

Sophie Crawford-Brown’s research centers on the art and archaeology of Republican and Early Imperial Italy, using material culture as a lens for addressing broader historical problems such as colonization processes, cross-cultural interaction, and the transition from Republic to Empire. Her current book project examines temple architecture and sacred landscapes in central Italy between the 3rd century BCE and 1st century CE. Focusing on the brightly painted architectural terracottas that dominated Italic temple decoration before the discovery of the Carrara marble quarries, it asks what these objects can tell us about interactions between colonists and indigenous populations, and how they were used to promote communal identity in the face of Roman military expansion.

Dr. Crawford-Brown has excavated at a range of archaeological sites in Cyprus and Italy, and has worked on museum projects at the Metropolitan Museum of Art and the University of Pennsylvania Museum of Archaeology and Anthropology. She is the recipient of the Archaeological Institute of America’s John R. Coleman Fellowship, and was a teaching fellow at the University of Tübingen’s Institut für Klassische Archäologie in 2016. Dr. Crawford-Brown received the Irene Rosenzweig/Lily Auchincloss/Samuel H. Kress Foundation Rome Prize for 2016-2018, and lived in Rome for three years before coming to Rice in 2020.

“Down from the Roof: Reframing Plants in Augustan Art.” Journal of Roman Archaeology 34.2 (forthcoming).

Review: Cosa: The Sculpture and Furnishings in Stone and Marble, by Jacquelyn Collins-Clinton (MAAR Suppl. 15). Ann Arbor: University of Michigan Press 2020. In American Journal of Archaeology 125.2, 2021.

“Regionalism or Romanitas? Network Approaches to Architectural Terracottas at Minturnae and Cosa.” In Cosa and the Colonial Landscape of Republican Italy (Third and Second Centuries BCE) ed. A. U. de Giorgi. Ann Arbor: University of Michigan Press, 182-203, 2019.