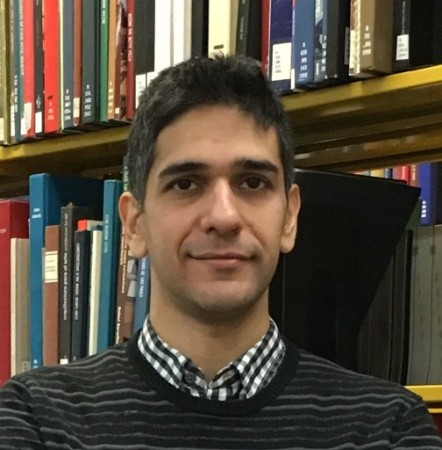 Art and Architecture of the Islamic World

Farshid Emami is a historian of Islamic art and architecture with a focus on the early modern period and particularly Safavid Iran. Trained as an architect and urban designer, he completed his Ph.D. in History of Art and Architecture at Harvard University. His book manuscript offers a new narrative of architecture and urbanism in seventeenth-century Isfahan, the Safavid capital, through the analytical lens of urban experience. Drawing on unstudied primary sources, the book takes the reader on journeys through Isfahan’s markets, gardens, and coffeehouses, analyzing how the city fostered new human experiences and became a setting for fashioning selves.

Besides his publications on Safavid art and architecture, Farshid Emami has written on a range of topics in art and architectural history, including lithographic printing in the nineteenth century and modernist architecture and urbanism in the Middle East. His articles have appeared in the Muqarnas, Metropolitan Museum Journal, Journal for Early Modern Cultural Studies, South Asian Studies, and International Journal of Islamic Architecture.

“All the City’s Courtesans: A Now-lost Safavid Pavilion and its Figural Tile Panels,” Metropolitan Museum Journal 54 (2019): 62–86.

“Royal Assemblies and Imperial Libraries: Polygonal Pavilions and their Functions in Mughal and Safavid Architecture,” South Asian Studies 35, no. 1 (2019): 63–81.

“Coffeehouses, Urban Spaces, and the Formation of a Public Sphere in Safavid Isfahan,” Muqarnas: An Annual on the Visual Culture of the Islamic World 33 (2016): 177–220.