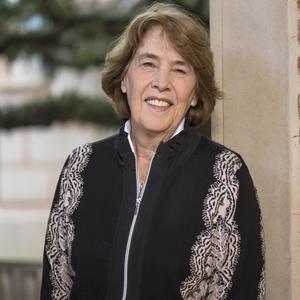 Deborah Harter earned her Ph.D. in Comparative Literature from the University of California at Berkeley, spent two years at the University of Chicago as a Mellon Postdoctoral Fellow, and then joined Rice University. At Rice she is also affiliated with the Center for the Study of Women, Gender, and Sexuality, the Program in Medical Humanities, and the Moody Center for the Arts. She has been awarded fellowships from the American Comparative Literature Association and the American Association of University Women. She served as Deputy Speaker and then Speaker of the Rice Faculty Senate at its inception. And she has won over a dozen awards in teaching and mentoring students, including the Phi Beta Kappa Teaching Prize, the George R. Brown Prize for Superior Teaching, the Alison Sarofim Distinguished Teaching Professor in the Humanities Award, the Faculty Mentor of the Year Award, and the Impact Award for Contributions to Women at Rice.