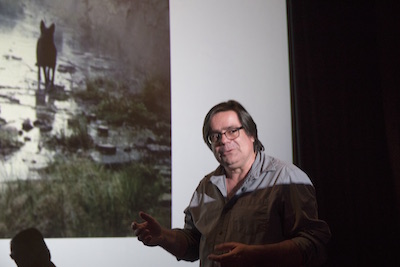 Director of the Rice Film Program, Visual & Dramatic Arts | Professor in the Practice | Director of Undergraduate Studies in Film and Photograph

Director of the Rice Film Program, Charles Dove is a Professor in the Practice of Visual Arts and has been teaching film and literature in Houston since the 1990s.  He works on film genres and modes, film history and theory.  He has been Director of Rice Cinema since 2002 and is also the Director of Undergraduate Studies for the Film and Photography Concentration.